Rave On! is a band that features the music of Buddy Holly & Roy Orbison, playing hits like “That’ll Be The Day,” “Peggy Sue,” “Not Fade Away,” “Pretty Woman,” “Crying,” and “Only The Lonely,” along with other classic, early rock and roll songs.  This is the music that paved the way for rock and roll and influenced The Beatles, The Rolling Stones, Bob Dylan, Bruce Springsteen, and countless other artists.

Rave On! is living proof that Buddy Holly, Roy Orbison, and the music of early rock and roll, is timeless and continues to appeal to people of all ages!

THIS SHOW IS SPONSORED BY BILL & DEBBIE 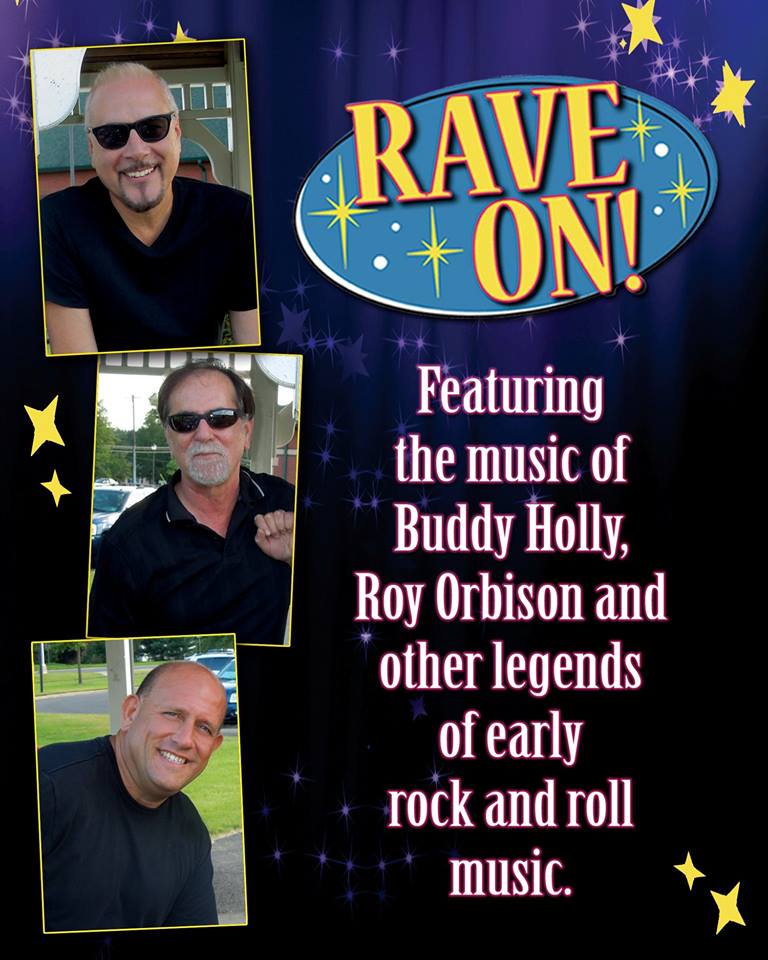