About The Windber Arcadia Theater

The historic Arcadia Theater opened on May 5, 1921 and was designed by Henry Reinhold and Ralph L. Land.  The Windber Lumber Co., a subsidiary of Berwind-White Coal Mining Co., built the theater with money donated by a group of stockholders known as the Windber Theater Corporation. The Arcadia Theater showcased many Vaudevulle acts, as well as cinema productions, before being sold in 1963.

In 1975 the theater was closed. In 1977, however, the Penn Wood Players began to make plans to make the Arcadia their headquarters; but the Johnstown Flood of 1977 severely damaged the building and the theater was once again closed.

In 1989, the Eureka Coal Heritage Foundation purchased the theater in order to restore the once grand Arcadia Theater to its former splendor. The restoration began in 1990 with the building architects using old pictures and the memories of many people for the interior and exterior designs. The intent of the restoration was to the make the theater look as it did in 1921.

On October 31, 1998 the Arcadia reopened its magnificent doors with the production of “Best of Broadway.” With the exception of present day computer technology to control both sound and light systems, the Arcadia Theater has successfully recaptured its original beauty and “magic”, with both its appearance and live performances.

Today, the Arcadia Theater is proud of the quality of performers that have since been showcased. Included amongst them are: Florence Henderson, The Mantovani Orchestra, The Lettermen, Gary Burgoff, The Platters, Pat Boone, The Osmonds, Al Martino, The 5th Dimension, and the U.S. Marine Corp Band; in addition to our children’s series performances.

Tours: Would your group, school, or organization like to take a tour of the theater? We would be more than happy to take your group on a guided tour of the historical theater!

Groups: We would love to host your large group or bus tour at our shows. At the Arcadia Theater, we would like to offer your group of 25 or more a discounted ticket rate. Please call our ticketing office for more details.

Rent the Arcadia: If you are interested in renting the Arcadia Theater, please call (814) 467-9070 for more details, pricing, and tech information. 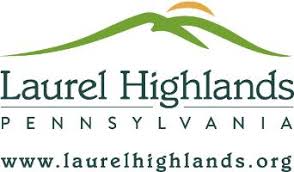