YESTERDAY ONCE MORE – Music of the Carpenters

Karen and Richard Carpenter have never been portrayed more accurately than in Yesterday Once More – A Tribute to The Carpenters.  The show is an amazing recreation of the group in concert, featuring Karen, Richard and their band.  No musical group was more popular than The Carpenters throughout the 1970’s.  The sibling duo has sold more than 90 million records worldwide and had an incredible string of mega hits throughout the decade,
including Close To You, We’ve Only Just Begun, Top of The World, Rainy Days and Mondays and many more.
This outstanding performance will take your audience back to a time when The Carpenters were indeed On Top of The World. 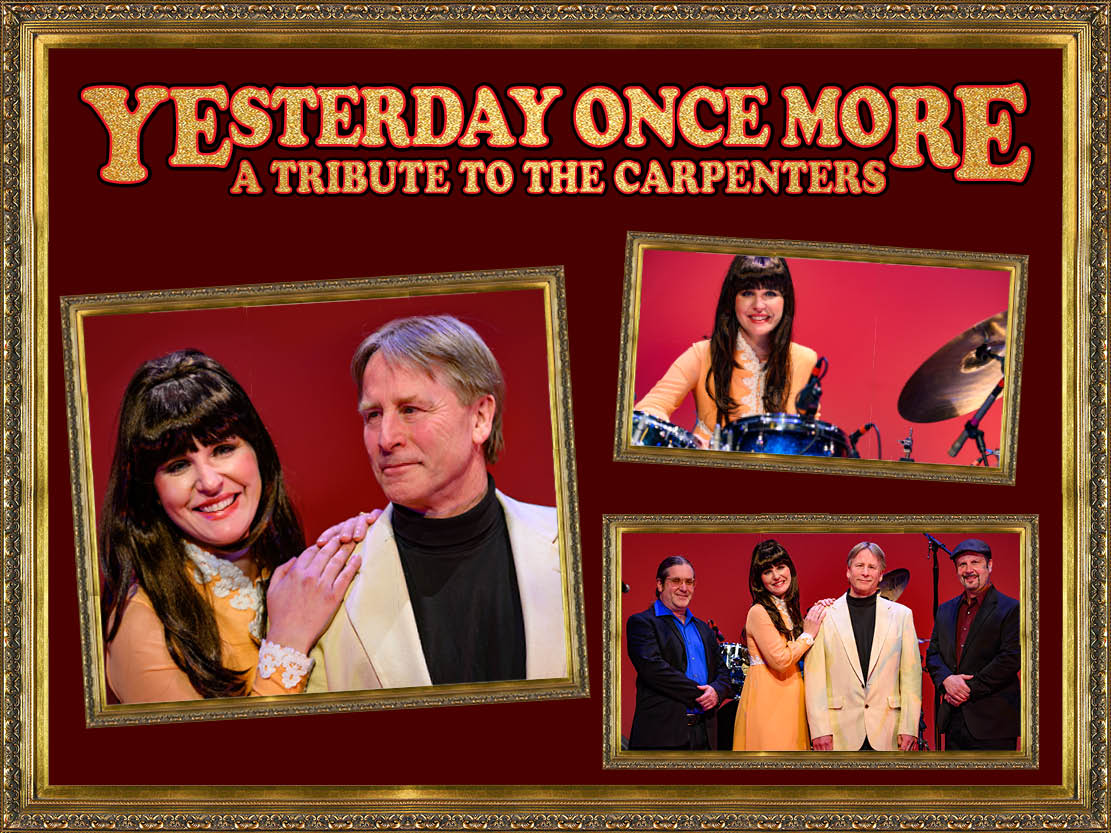